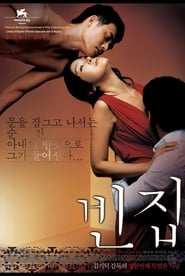 Nothing is what it appears to be.
Drama | Romantik | Kriminal

A young man, whose only possession is a motorcycle, spends his time riding around the city looking for empty apartments. After finding one, he hangs out for a while, fixing himself something to eat, washing laundry or making small repairs in return. He always tries to leave before the owners get back but in one ostensibly empty mansion he meets the abused wife of a rich man and she escapes with him...